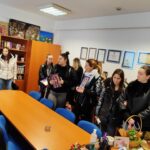 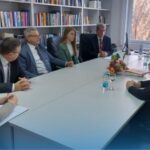 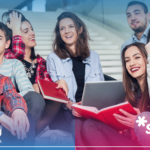 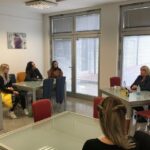 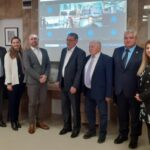 The Independent University Banja Luka organized a Sientific Conference with International participating under the title: Future, Research and Expectations in Science, Knowledge and Aspirations (FRESKA), 24 November 2022

The Independent University Banja Luka organized a Sientific Conference with International participating under the title: Future, Research and Expectations in Science, Knowledge and Aspirations (FRESKA), 24 November 2022

The theme of the Scientific Conference was: “International relations and security in a multipolar
world – situation, challenges and perspectives”.
The Conference was opened by NUBL director Goran Kalinic and rector of NUBL prof. PhD
Ostoja Barasin.

The Academy of Sciences and Arts of the Republic of Srpska also supported this event.
Academician Drago Branković, Secretary General of the Academy, in his support emphasized,
among other things: “I have a pleasant obligation to greet you on behalf of the Academy of
Sciences and Arts of the Republika Srpska and wish you successful work in the scientific
deliberations of such an important topic, which in its formulation includes all important aspects
of international relations and security in a multipolar world. I congratulate the Rector of the
Independent University Banja Luka for using his scientific potential to choose a contemporary
scientifically relevant and socially current topic. I certainly express my gratitude to all the
authors of scientific papers who, as well-known and recognized authorities in this field, invested
intellectual efforts to prepare very interesting papers for this scientific Conference. The
Independent University Banja Luka, as an important higher education institution, has been
investing efforts and achieving significant results in recent years, not only in the education of
highly skilled staff, but also in the development of scientific and scientific research. In this way,
this University in the Republic of Srpska contributes to the affirmation of science, the city of
Banja Luka and the Republic of Srpska in the wider European and world space.”
The Conference was attended by representatives of the scientific and professional community
from Serbia, Russia, Nigeria, South Africa, Cameroon, the Republic of North Macedonia and
other countries of the region. A great contribution to the conference was made by professors and
scientific researchers from the Institute of African Studies of the Russian Academy of Sciences
(Russia), the honorary president of the Institute of African Studies of the Russian Academy of
Sciences Alexey Vasiliev, as well as professors from the University of South Africa, led by
rector Francis Petersen, Free State University, South Africa.